Joyce Blackwell is the chair of the history department at Saint Augustine's College in Raleigh, North Carolina. 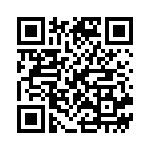