Angela J. Hattery, PhD holds the Zachary T. Smith Reynolds Associate Professorship in Sociology and Women & Gender Studies at Wake Forest University. She completed her B.A. at Carleton College and her M.S. and PhD at the University of Wisconsin-Madison before joining the faculty of Wake Forest in 1998. Her research focuses on social stratification, gender, family, and race. She is the author of numerous articles, book chapters, and books, including another Sage book: Women, Work, and Family: Balancing and Weaving (2001). Her forthcoming book Violence in Intimate Partner Relationships will appear in 2007. 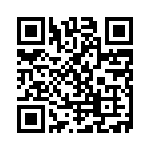