Page 346 - AN INTRODUCTION TO THE STUDY OF CHEMICAL PHILOSOPHY : being a preparatory View of the Forces which concur to the Production of Chemical Phenomena. By J. FREDERIC DANIELL, FRS Professor of Chemistry in King's College, London ; and Lecturer on Chemistry and Geology in the Hon. East India Company's Military Seminary at Addiscombe ; and Author of Meteorological Essays.
Appears in 102 books from 1803-2004

Brian S. Baigrie is an associate professor in the Institute for History and Philosophy of Science and Technology at the Universtiy of Toronto. 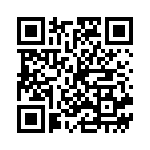